Crimson Clover Among The Vines

Few sights are more vibrant and beautiful than springtime in Oregon’s Willamette Valley when blankets of blooming crimson clover float along the landscape.

Aside from its spring splendor, crimson clover has long been valued agriculturally as the jewel of cover crops for its excellent ability to produce nitrogen and essentially feed the soil in which it is grows.

As a cover crop crimson clover grows quickly, attracts pollinators, replenishes the soil with nitrogen and, with green composting, increases soil microorganisms with the degradation of it plant material.

White clover (Trifolium repens) is a ground cover native to Ireland and is thought to be the original shamrock (traditionally spelled seamróg, which means “summer plant”).

The three-leaf clover genus Trifolium (Latin translation; tres “three” plus folium “leaf”) is most often associated with Ireland’s shamrock due to its roots with the Celtic Druids who believed three to be a perfect number. As a result, the three-leaf clover is a well-known symbol for both the Irish and good fortune.

As a natural extension of Fairsing Vineyard’s sustainability, cover crops of crimson clover are sown throughout our 170-acre site to combat erosion, eliminate competing weeds, and rejuvenate the soil with nitrogen and microorganisms.

For its genuine beauty, Celtic symbolism and restorative properties, Fairsing Vineyard selected the crimson clover to appear on the wine label of our Pinot noir with the white clover (shamrock) chosen for our Chardonnay.

The label of our Rosé of Pinot noir is graced by a single flowering crimson stem, as the annual spring release of this delicate wine is welcome and refreshing like the blooming crimson clover itself.

The clover illustrations depicted on our Fairsing Vineyard labels were first printed in 1565 in Pietro Mattioli’s “Commentaries”.

Both crimson and white clover have extensive lineage across cultures as highly nutritive ground covers and have earned distinction as one of the earliest cultivated economic plants.

Curbside pick up service is available daily outside of our tasting room.

Give us a  call, email, or shop online and we will prepare your wines and load them into your vehicle upon arrival.

Let’s get started. Share a few details and we’ll connect with you to share ideas and options.

A member of our hospitality team will be in touch soon (please note, our tasting room is closed on Tuesday)

We’re ready to ship your wines

Please take a moment to provide a shipping destination for your allocation.

A reminder, someone 21 years of age is required to sign for delivery of alcohol.

Thank you for your interest in gathering virtually and sharing our estate wines.

Ahead of our conversation, please provide a few details so we can assist you with coordinating your tasting.

A member of our hospitality team will review your request and reach out to your within 72 hours.

The Fairsing Vineyard tasting room is open Wednesday through Monday, 11 am – 5 pm PST.

Thank you for joining us.

Please take a moment to provide your contact information.

A member of our team will be in touch to confirm your request and gather more details.

Thank you for your interest in an Elevated Seated Tasting with Fairsing Vineyard.

Please provide a few details about your reservation.

A representative will connect with you soon to confirm your request.

Reminder: Fairsing Vineyard is located off of NE Laughlin Road via a gravel road of 1.1 miles with multiple turns.

Extended vehicles (buses and limousines) are not encouraged.

Prior to your visit, please review our Fairsing Guest Protocol.

All guests must abide by these protocols for the duration of your visit.

Punctuality is appreciated. We will do our best to ensure your group remains on schedule.

Please note, many non-Google maps and GPS systems are not accurate to our tasting room.

Review this map to our location ahead of your visit.

Thank you for your interest in joining us for a tasting experience.

Please take a moment to provide details about your visit.

A representative with Fairsing Vineyard will be in touch to confirm availability and specifics.

We look forward to sharing the beauty and bounty of Fairsing Vineyard with you soon. Sláinte!

• If your schedule changes or you need to amend your reservation, please let us know as soon as possible.
• Reservation refunds accommodated with advance notification.
• A credit card holds your reservation (if a seated tasting experience) and is processed following your experience.
• Gratuity (20%) applied to tasting fee upon checkout

• Seated Tasting Reservations not available during special events and some holidays.

Thank you for your reservation for our Spring Wine Club Celebration.

Please take a moment to provide us with a few details.

A representative with Fairsing Vineyard will be in touch to confirm details and specifics.

We look forward to celebrating with you Sunday, April 19 between 11-3.

• If your schedule changes or you need to amend your reservation, please let us know at your earliest convenience.
• Reservation refunds accommodated with advance notification.
• The credit card on file with Fairsing will be processed for this reservation approximately 48 hours before the celebration date.

• Labyrinth Club member and one Guest at $15 per person with two additional Guests welcome at $30 per person.

• Celtic Knot Club member and one Guest complimentary with two additional Guests welcome at $30 per person.

Join us and we’ll deliver pertinent news about our wines and events to your inbox.

Thank you for your reservation for our Sweethearts Wine Dinner.

Please take a moment to provide us with a few details.

A representative with Fairsing Vineyard will be in touch to confirm details and secure reservation with a credit card.

We look forward to celebrating with you soon. Sláinte!

• If your schedule changes or you need to amend your reservation, please let us know at your earliest convenience.
• Reservation refunds accommodated with advance notification. 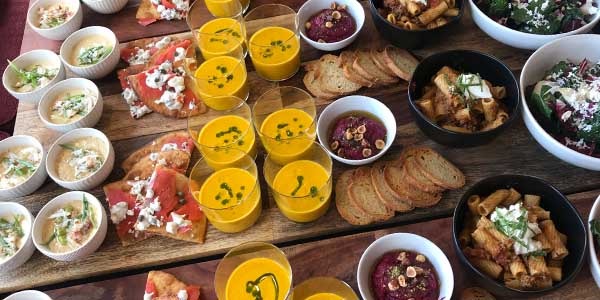 Thank you for your interest in joining us for an Elevated Seated Tasting.

Please take a moment to provide us with a few details about your reservation and group.

A representative with Fairsing Vineyard will be in touch as soon as possible to confirm details and discuss specifics. Sláinte!